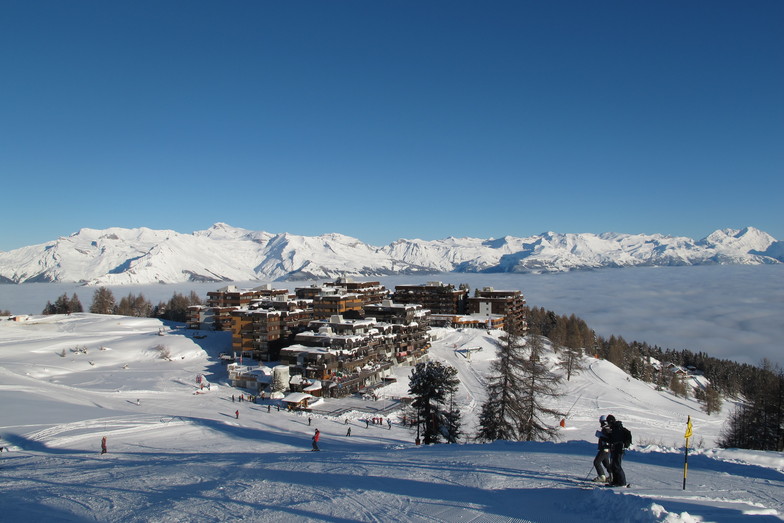 The famous ski resort of Portillo in Chile is to miss its second successive season due to the coronavirus pandemic. Last winter most ski areas in the country were closed for much of the season by the first wave of the pandemic, although a few were able to open for about a month in August/September 2020 as rules eased, but for most, including Portillo, it was not viable to do so. This winter Chile is one of the world’s leading nations for vaccinating its population and most of the country’s ski areas have been open for about a month although of course operating restrictions are in place. Portillo in happier times However Portillo relies heavily on international visitors and was

We bought a chalet in Les Masses in 2003 and couldn't believe our luck in having a ski-in/ski-out home from home right next to the lifts. Over the years the resort has kept improving with a new lift for the Etherolla run in 2008 or so and the new Les Masses lift opening this year.

Generally speaking, the resort offers great skiing for all levels. Snow is usually guaranteed from the beginning of December until April and a few years I have been skiing around the 20th, although that is rare. I am an advanced skier and when it snows hard there are always loads of off-piste options and if we want to travel a bit further we can be sat eating lunch in Verbier 75 mins after walking out of our front door. We normally buy a 'Thyon-Printze' pass and buy the Verbier add-on when we go over as to go there every day defeats the object and misses all the good skiing and some great trails in between. Now that we have young children to teach, the ski-schools operate from Les Masses and Les Collons, but I think there may prove to be a shortage of blue and green runs so they'd better learn fast!!

The one area where this area is lacking is off the slopes. There are precious few restaurants and you have to seek the best ones out. Also, most require you to drive to them as the chalets and resort is quite spread out. There are signs of it improving and hopefully the Swiss will avoid the pitfalls of over-development as this is a real jewel.