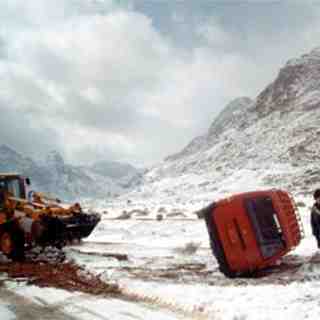 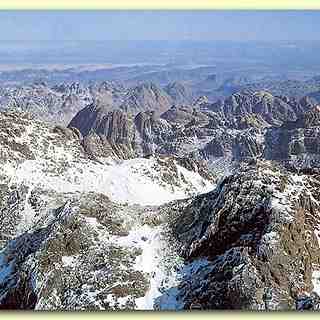 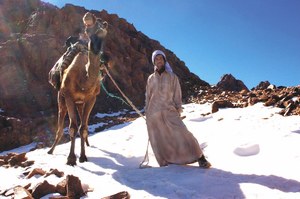 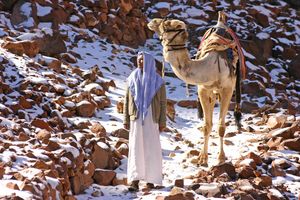 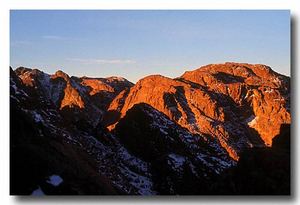 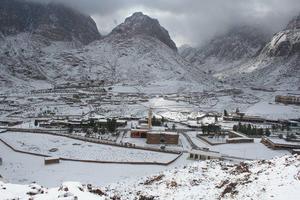 The Sinai Peninsula, in Egypt, separates mainland Egypt from Jordan and the Mediterranean from the Red Sea. Mount Sinai is a mountain massif in the southern central part of the peninsula, where the land is a triangular point. On two of its three sides are the gulfs of the Red Sea. Mount Sinai is a barren rocky massif, rising from red sandy plains. Of its many peaks, some debate exists over which is the original Mount Sinai of Moses and Mohammed. The mountains with the most supporters, in the debate, are Jebel Musa (7,500 ft.), whose very name is Arabic for 'Mountain of Moses', and Jabal Katherina (8,651 ft.), the massif's highest peak. Mount Sinai is not a spectacular peak, but its fame lies in its religious significance to Christians, Jews and Muslims. Moses is reported,in Exodus, to have received the word of God via a burning bush on this mountain, and to have received the Ten Commandments in a cave near the summit. Mount Sinai is also the place from which Mohammed ascended into Heaven. Both churches and mosques have been built on or around the mountain through the centuries. The most prominent is St. Catherine's Monastery, an impressive sixth century structure which occupies much of Jebel Musa from the base to 5,000 feet up its north side. Monks of the early centuries zealously carved 3,000 steps into the mountain, leading to the summit. This route gains 2500 feet in elevation from the monastery, climbing past large cypress trees and ancient ruins. A trail connects the summits of Jebel Musa and Jabal Katherina, and a small chapel stands atop the latter. Today the monks at St. Catherine's serve as mountain tour guides, but only on certain days, so it is wise to check ahead. 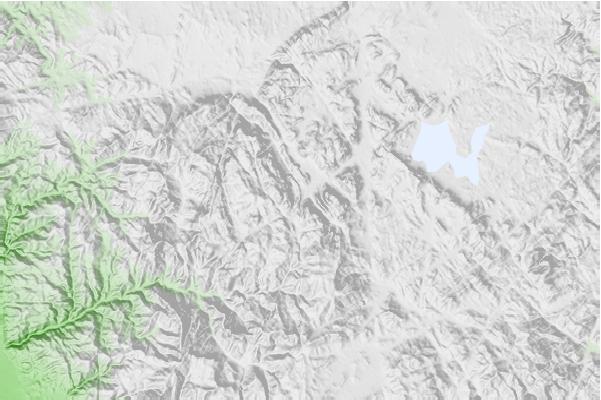